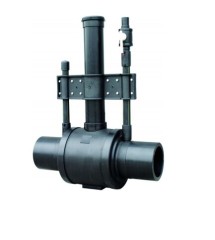 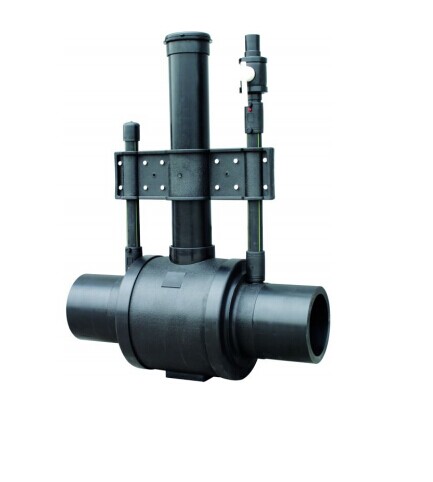 ***Ball valve came in the 1950s, with the rapid development of science and technology, continuous improvement of the production process and product structure, in just 40 years, has rapidly developed into one of the main valve. In Western industrialized countries, the use of ball valves continue to rise year after year, in China, the ball is widely used in petroleum refining, long-distance pipelines, chemical, paper, pharmaceutical, water, electricity, municipal, steel and other industries, in occupies a pivotal position in the national economy. The main features of valve itself is compact structure, reliable sealing , simple structure, easy maintenance , regular spherical surface and seal in the closed state , the media can not easily be eroded , easy operation and maintenance , general work in water, solvents, acids , and natural gas and other applicable media , but also for the poor working conditions of media , such as oxygen , hydrogen peroxide , methane and ethylene , in various sectors has been widely used. The ball valve may be integral or may be modular .

Ball is not only simple structure, good sealing performance, but also in some smaller nominal diameter within the range of size, light weight , less material consumption , small installation size, and the drive torque is small , easy to operate , easy to open and close fast , nearly one of the fastest valve varieties ten years of development . Ball is evolved from the plug , it's opening and closing parts as a sphere , the use of the sphere around the stem axis 90 ° to achieve the purpose of opening and closing . Ball valve for cutting off the main pipeline , the medium flow direction and changing the distribution , designed V -shaped opening of the ball valve also has a good flow regulation.

Especially in the United States, Japan , Germany, France , Italy, Spain , Britain and other industrialized countries , the ball valve is widely used, the use of the variety and quantity continues to expand , and to high temperature , high pressure , large diameter , high tightness , long life , excellent performance and a regulating valve multi-direction , its reliability , and other performance indicators have reached a higher level , and has been partially replaced valve, globe valve, throttle valve . As technology advances ball in the foreseeable short time , especially in the oil and gas pipelines, the refinery cracker and the nuclear industry will have a wider range of applications . In addition, medium and large caliber in other industries , the low pressure areas , ball valve type will also become one of the dominant .

3 . Close and reliable. It has two sealing surfaces , and valve sealing surface material widely used in a variety of plastics , sealing, and can be completely sealed . In the vacuum system has also been widely used.

4 . Easy to operate, opening and closing rapidly , from fully open to fully closed as long as the rotation of 90 °, to facilitate remote control .

6. When fully open or fully closed, the sealing surface and the dielectric isolation ball and seat , through the media , will not cause erosion of the valve sealing surface.

7 . Wide range of applications , from small diameter to a few millimeters to a few meters from the high vacuum to high pressure can be applied .

8. As the ball in the opening and closing process of wiping nature , so can be used for media with suspended solid particles.